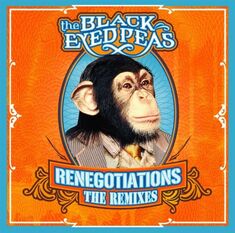 Renegotiations: The Remixes is a Remix EP from the Black Eyed Peas. It was originally released on iTunes on March 21st, 2006, then released a week later at all Best Buy stores.

The word "renegotaitions" comes from "renegotiate", which means to revise the terms of (a contract) so as to limit or regain excess profits gained by the contractor.[1]

Retrieved from "https://bep.fandom.com/wiki/Renegotiations:_The_Remixes?oldid=2167"
Community content is available under CC-BY-SA unless otherwise noted.